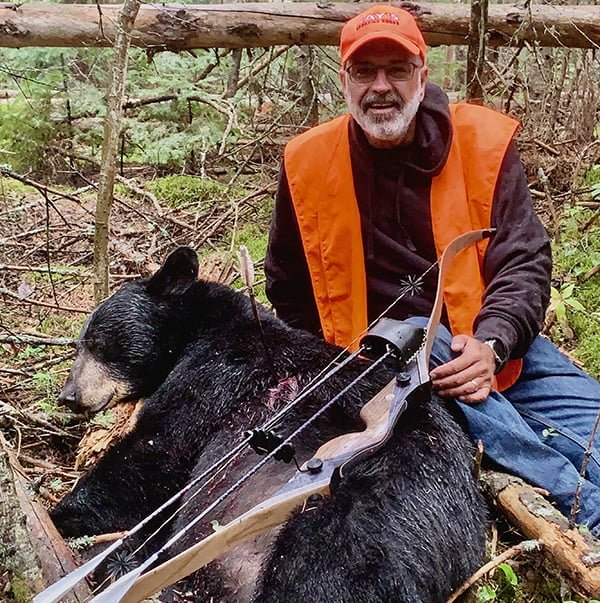 I consider myself to be a very lucky guy…

I’ve been blessed by God with a wonderful family and the best job I could ever imagine.

Since growing up in West Michigan, it seems I’ve had a fishing rod, shotgun or bow in my hand since I can remember.

Later, I was able to turn that love for the outdoors into a career in broadcasting. I started out as a news reporter and videographer for a local TV station. Eventually, that experience evolved into the Outdoor Magazine TV show.

It didn’t take long to realize a video camera would be my ticket to some beautiful places and allow me to meet some wonderful people.

One of my first memorable meetings was with archery legend Fred Bear. I interviewed Fred back in 1985 at his Grousehaven hunting camp. Talking with Fred Bear was certainly a highlight, but I’ve also been lucky enough to meet many other interesting people over the years. Michiganders will remember Mort Neff.

Mort Neff was the pioneer of outdoor television in the Great Lakes State with his “Michigan Outdoors” show. I was honored to talk with him early on and get some advice on producing a quality program.

The Outdoor Magazine TV show also took me to some beautiful and exotic places over the years from Alaska…to Africa. Some of my most memorable experiences though have been right back here in the U.S., like shooting my biggest buck yet in Kansas or taking a Michigan turkey with a recurve bow.

While outdoor television was a great way to make a living, the industry changed and it became obvious it was time for me to move on. In my final show, I took a look back at some of the highlights from more than a quarter century of outdoor television.

The outdoor television business was a wonderful experience and I wouldn’t trade it for anything. Now though, I’m very excited to focus on the Outdoor Magazine radio show and podcast. I’ve been working in radio since 1992 but it was always secondary to the TV show. These days I can concentrate on what has truly become my passion….a radio studio and microphone.

Outdoor Magazine radio started as a one hour show on one local station. Now it’s heard on many AM and FM stations across Michigan and the podcast is available around the world. The show has evolved but the goal remains the same, to promote the history and tradition of the outdoor lifestyle in the great state of Michigan (and occasionally beyond).

None of this would have been possible without support from others. My wife Denise, and my entire family have been critical in the growth of Outdoor Magazine. Of course, sponsors are also key to producing a show and I’ve had the good fortune of working with many top-notch companies over the years. Perhaps not as obvious, but you are also a big part of the equation. As a listener of the radio show, television viewer or consumer of my online content, you are the reason I do this. Without your support, none of this would be possible.

The ultimate thanks though must be given to God. He has guided me down many different paths over the years, and with His continued support, I’ll keep doing this well into the future.